Angie Ferguson, Executive Director   “Anyone can do it if they care enough” 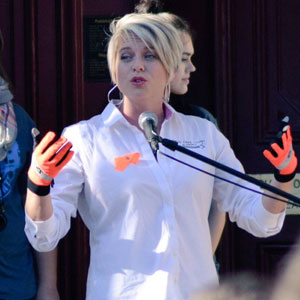 In 2005 my dad Joe, was at the firehouse when he called to invite me down for lunch. As we ate, he and another firefighter, Kyle, started talking about how hard it is when they are sent on emergency runs involving kids, especially when it’s because of something as avoidable as drugs. Then they said they had an idea to keep kids away from drugs all together…

When I was in school I did not feel that the prevention programs I experienced were very impactful so I was not overly optimistic. As Dad and Kyle laid out their plan, I was shocked. They explained how it did not make sense to them that so much time and money is spent on helping kids beat addiction, but little is done to stop them from ever using in the first place. I agreed. Then they described their idea of rewarding students who volunteer to be drug tested then, since a test could come at any time, the student could say, “I can’t. I might get tested.” They said, “Nobody recognizes the kids who choose everyday NOT to use drugs”, and they were right. Have you ever had an “Aha!” moment? That was mine. Sitting on a bench in the firehouse at the end of a long cafeteria table, smelling the ironically burnt coffee I thought, “Wow! This idea could really work.” And it does. We began developing the program and got the organization off the ground. Drug Free Clubs of America was born.

Since then my co-workers, my father and I have remained committed to this unique approach. Students tell us about times when they relied on our excuse to get out of tough situations, and that people who used to pressure them in the past do not even bring it up anymore because of this membership. To me, that’s pure success. As DFCA evolved and expanded, I felt it increasingly more important to obtain formal education on public administration to ensure our organization’s success and sustainability. I returned to college and am now a 4.0 Summa Cum Laude graduate in the field. Today I work to pair the power of that knowledge with my passion to make Drug Free Clubs of America as impactful and “rewarding” as possible for every student, parent, school, and business we join forces with to fight the horrors of drug abuse. 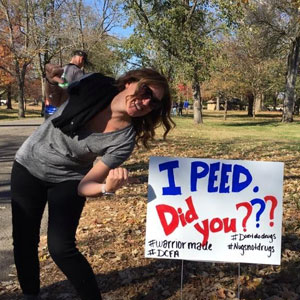 When presented with the idea of Drug Free Clubs of America, I knew right away that it was a program that I wanted to be a part of.  After years of coaching a high school dance team, the thought of working with students and rewarding them for making healthy choices was something I couldn’t pass up.

As my responsibilities in DFCA grew, I realized that it was quickly becoming something that combined all of my career goals:  among those, working with students, being creative and learning new things every day.  What I didn’t anticipate was the personal satisfaction I would gain by being a part of the strategy that students use to make the choice to remain drug-free.  Each day brings something new to Drug Free Clubs of America, and each day reaffirms my desire to make Drug Free Clubs of America a logical drug prevention tool, not only for schools, but for families and communities as well. 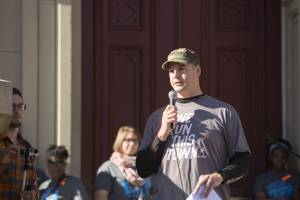 Raise your hand if you grew up always knowing you wanted to work for a drug prevention company?  Okay, that wasn’t me either, but after spending my career in a few different areas of business management,  I believe Drug Prevention found me.  I’ve always enjoyed working in a team environment and I really enjoy sales management and communications.   Being able to utilize my skills in planning and organizing with a high level of detail and accuracy makes it all come together.  I’m so blessed to be able to help open new Chapters of DFCA, and help to expand the existing ones with a high level of energy. Robert F Kennedy once said, “You’re happiest while you’re making the greatest contribution.”

On July 30, 2015, I heard the words Drug Free Clubs of America for the first time.  I spent the next several months learning everything I could and in the fall of 2016, helped establish eight Chapters of DFCA in Ross County, Ohio.  I’m one of the founding members of The Buck Fifty, a 150 mile relay race, and serve as the race director which funds our members in DFCA.  The 2,200 teens that The Buck Fifty supports represent 65% of the high school students in Ross County and two of our schools have over 80% enrollment.  These opportunities have changed my entire career path so I can give everything I can to this program.

My “why” for being here is very simple.  I don’t want anyone else to die from this epidemic. 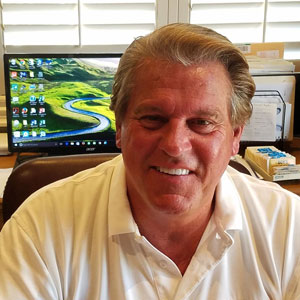 When I was first approached with a hazy premise for this club, I thought that the idea had merit.  Throughout my career as a firefighter I personally had witnessed several teens and young adults who had overdosed. Some could be saved while others weren’t as fortunate. I’ve seen every type of death imaginable, but the most heart wrenching is that of a child who has overdosed.  At the fire house, I personally witnessed firemen’s families get torn apart because of a family members drug use. But to be honest, I got sick and tired of watching the news every night and seeing at least half of it devoted to stories with a drug abuse base.

As more grandkids came about and got older I couldn’t imagine one of them having to go through something like the horrors that I had witnessed especially knowing that I might be able to make a difference.  Not all of the businesses I was involved in were successful, but fortunately I had more successes than failures.  All of my children escaped their teen years without any real threats to their futures, and have become successes in their own ways.  I have been blessed in my life to have the opportunity to follow the paths I see fit.  What I want now is for all children to have a chance at success.  Drugs are the biggest threat to that.

So, my mission was clear to me. I have been given financial resources.  Use them. Through my many endeavors I have gained knowledge, experience and contacts.  Use them.   Assemble the perfect team to make this all happen and – use them to their fullest.

1997 Graduated with a Bachelor’s Degree in Industrial Safety and Risk Management from Eastern Kentucky University.

2000-Present Served as a Firefighter for the Cincinnati Fire Department until promoted to the rank of Lieutenant in 2005.

2004-Present Founding partner and Director of Operations for Drug Free Clubs of America, a federal non-profit drug prevention organization based on rewarding students for choosing to remain drug free.

2004-Present Serves on the Executive Board of Directors for Drug Free Clubs of America.

Rick Flesch, Board Member on Education 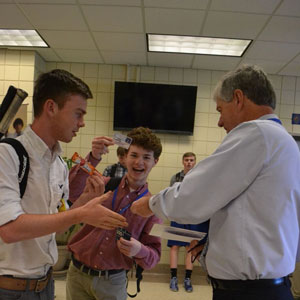 The scope of my position as Personal Counselor in Covington Catholic High School’s Guidance Department focuses on “anything and everything beyond academics.” My position and the school’s participation in the Drug Free Clubs of America began in 2007. Once introduced to the program, I quickly became a fan as this prevention program celebrates healthy decisions, rather than relying on the punishment of unhealthy decisions that so many other programs emphasize. The philosophy of the DFCA is simple: promote and rewards healthy decisions and you are likely to see more of them.

I suspect my enthusiasm with having this resource available, and knowing where poor, unhealthy decisions can lead our youth, has attracted a majority of our students to voluntarily participate. Over the past five plus years, a culture of positive peer influence has become the norm, and our adolescent student body recognizes that “not everyone is doing it (substance usage).” With Drug Free Clubs of America, good things do pay off, and more quickly than not. And so, there really wasn’t any doubt that I would jump at the opportunity to serve on the DFCA Board when asked. 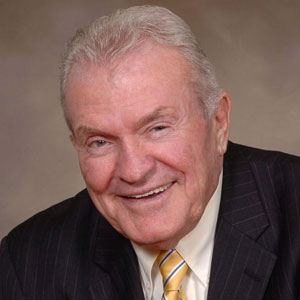 Tom Burgoyne is a thirty-three-year veteran of the Federal Bureau of Investigation whose investigative pursuits concentrated on organized crime and narcotics investigations. He served twenty-seven years in the Wheeling, WV Resident Agency where he served as the Senior Resident Agent and retired from the Boston, MA office of the FBI in 1996 where he served on the Colombian Drug Squad. He also was named the Law Enforcement Officer of the Year in West Virginia on two separate occasions by the WV Trial Lawyers Association. He also served as the FBI liaison from a drug and gambling standpoint with the professional sports teams in Boston, namely the Boston Red Sox, Boston Celtics and Boston Bruins.
Upon retiring from the FBI, Burgoyne was appointed by the National Institute of Justice as the Deputy Director of the Office of Law Enforcement Technology Commercialization located at Wheeling Jesuit University. He was subsequently elected the Sheriff of Ohio County in 2000 and served in that capacity until 2008 when he stepped down due to the term limits of the office. He has served on numerous Boards in West Virginia dealing with societal problems and is most notably a member of the West Virginia Supreme Court’s Judicial Investigative Commission.

Burgoyne stated that he first became involved with Drug Free Clubs of America upon believing the impact which this concept could make on our youth. After investigating hundreds of narcotics cases as the FBI’s Drug Task Force Coordinator in the northern West Virginia area and retiring as a member of the FBI’s Colombian Drug Squad in Boston, MA, he realized that our nation’s drug battle must be waged at an early age as far as the drug users are concerned. He believes Drug Free Clubs of America is indeed a “hands on” catalyst that can make a difference where many other initiatives have failed the test. “Let’s provide a venue where we can reward youngsters and “pat them on the back” for standing up and doing the right thing – staying away from drugs and be proud of it.”

Burgoyne is married to the former Kathy Oliver of Wheeling and the couple have three children and eight grandchildren.

Joseph A. Newcomb, Board Member on Finances 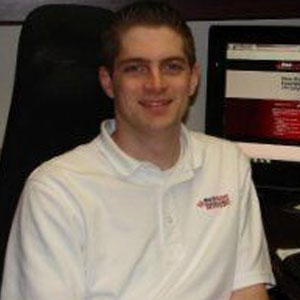 Joseph started with Medicount Management in 2001 and was promoted to Manager of Sales Support and Client Services in 2004. He was instrumental in the controlled growth of Medicount as the company expanded to meet the needs of departments that just started billing or left their previous provider to join the Medicount Family. Joseph was promoted to Director of Client Services in 2009, and then to Vice President and Treasurer in 2011.

In 2013, Joseph was promoted to President and COO of Medicount Management, Inc. He succeeds his father, Joseph (Joe) D. Newcomb, who became Chairman of the Board and CEO of Medicount Management, Inc. Since 2011, Joseph has been one of the motivating forces in developing and integrating technology into Medicount’s billing processes. Medicount has seen dramatic increases in performance and overall positive results since Joseph took over.

Joseph joined the Drug Free Clubs of America Board in December of 2012 and serves as the Financial Advisor.